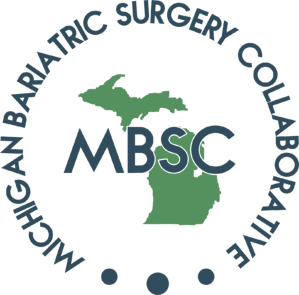 MBSC is a quality collaborative that improves the science and practice of metabolic and bariatric surgery through patient-centered obesity care.

“The ArborMetrix team is always available and willing to help member hospitals meet their goals and to support the needs of the registry.”

The Michigan Bariatric Surgery Collaborative aims to advance the science and practice of bariatric surgery. The program is a unique partnership between Blue Cross Blue Shield of Michigan, researchers at the University of Michigan, and clinicians from 39 bariatric surgery programs across the state.1

The goals and objectives of MBSC include:2

MBSC’s custom-built registry is powered and fully supported on the ArborMetrix platform. The partnership dates back to 2011, when MBSC became ArborMetrix’s first customer. Since the initial configuration of the registry, ArborMetrix has supported MBSC in powering additional features and functionality such as outcomes calculators, patient-reported outcomes, and video surgical analysis, and in establishing it as a Qualified Clinical Data Registry.

Research and quality improvement efforts of the collaborative have resulted in significant reductions in mortality and complication rates following bariatric surgery in Michigan. MBSC and its members have published noteworthy research in the New England Journal of Medicine and the Annals of Surgery, among other leading journals. MBSC has also been featured multiple times in the New York Times.

MBSC and its members have collectively achieved outstanding, life-saving results and greatly enhanced care for their patients. A few highlights include:

Learn more about MBSC at michiganbsc.org.

Ready To Transform Your Data Into Real-World Results?

Get in touch with our team of healthcare and data science experts today. We'll work with you to understand: